What is an antibiotic?
Antibiotic – drug used to prevent and treat bacterial infections.
How do antibiotics work?
–Bactericidal (kill bacteria)

What is meant by antibiotic resistance?

− this occurs when bacteria change in a way that reduces the effectiveness of antibiotics used to combat infection. The bacteria survive and continue to multiply, worsening the course of infection. 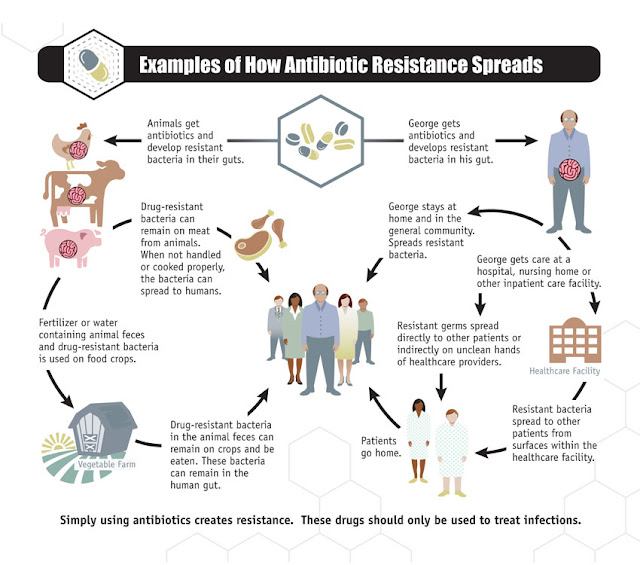 Bacteria can become resistant through several ways:
–Neutralize an antibiotic by changing it in a way that makes it harmless
–Learn how to pump the antibiotic back outside of it before it can do any harm
–Change their outer structure so the antibiotic has no way to attach to the bacteria it is designed to kill
If even one bacterium becomes resistant to antibiotics, it can multiply and replace all the bacteria that were killed. Bacteria may also become resistant through mutation of their genetic material.

According to WHO:
Antibiotic resistance occurs naturally but misuse of antibiotics in humans and animals is accelerating the process. A growing number of infections such as pneumonia, tuberculosis and gonorrhoea are becoming harder to treat as the antibiotics used to treat them become less effective. This leads to longer hospital stays, higher medical costs and increased mortality (i.e death). The world urgently needs to change the way it prescribes and uses antibiotics. Even if new medicines are developed, without behaviour change, antibiotic resistance will remain a major threat. Behaviour changes must also include actions to reduce the spread of infections through vaccination, hand washing, practising safer sex, and good food hygiene.
Antibiotic resistance is rising to dangerously high levels in all parts of the world. New resistance mechanisms are emerging and spreading globally, threatening our ability to treat common infectious diseases. Where antibiotics can be bought for human or animal use without prescription, the emergence and spread of resistance is made worse. Without urgent action, we are heading for a post-antibiotic era, in which common infections and minor injuries can once again kill. When infections can no longer be treated by first-line antibiotics, more expensive medicines must be used. A longer duration of illness and treatment, often in hospitals, increases healthcare costs as well as the economic burden on families and societies.

Targeted selection
–It is known that certain microorganisms causing infections can replicate in such a way that antibiotic-resistant mutations can occur if an inadequate dose of antibiotics are given or only one antibiotic is used.
–This occurs with infections such as gonorrhoea, tuberculosis and malaria.

However, most bacteria do not develop resistance through targeted selection. Instead antibiotics affect harmless bodily flora, allowing opportunistic, resistant strains to replace them. This is called collateral selection. It is argued that the longer the opportunistic strains are exposed to antibiotics the greater the likelihood for resistance.

It is understood that with some infections, such as otitis media, a shorter duration of treatment may not be as effective. Also there is a lower risk for further or resistant infection in some patients with pneumonia on shorter courses of treatment. Clinical trials are required to determine the recommended duration of antibiotic treatment. No clinical trials have found increased resistance with use of shorter course of antibiotics. Now recommended to disregard WHO’s advice and advise patients to stop treatment when they feel better.
Take home message...less is more.

(Please note that this blog post is not intended for you to go against any medical advice given. It merely is meant to educate you with some information recently published.) 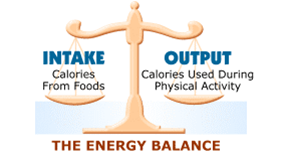 We put on weight when the amount of calories we eat exceeds the amount of calories we burn through normal day-to-day activities and exercise. Most adults need to eat less and get more active. The only way to lose weight healthily and keep it off is to make permanent changes to the way you eat and exercise. A few small changes, such as eating less and choosing drinks that are lower in fat, sugar and alcohol, can help you lose weight dramatically. Poor eating habits such as frequent consumption of fast food and large volumes of sweetened beverages, eating large portions, skipping breakfast, eating high-fat snacks or other foods high in energy density, low intake of fruits and vegetables, and irregular meal frequency and snacking patterns can lead to an increase in weight.

There are several types of diets out there. The top 5 diets recommended by most nutritionists are:
1.  Weight watchers - offers two diet plans: The Points Plan: In the points plan, foods are assigned a certain number of points based on the food's calorie, total fat, and dietary fiber content. Participants are allowed to eat any foods they choose and are allotted a certain number of points each day.

2.       The South Beach diet – the aim of this plan is to limit carbs in favour of foods higher in protein and fat. It is broken down into three phases. The first phase involves cutting out all starches, sugary foods and alcohol. The second phase involves adding whole grains, fruits and vegetables, and also focuses on healthy snacking. The third and final phase is the final maintenance phase after achieving your weight goal and consists of smarter eating choices that have been developed along the way.

3.    The Zone diet - involves dividing a plate into 3 equal sections, filling two-thirds with non-starchy carbs and the remaining third with low fat protein no bigger/thicker than the palm of your hand.

4.    The DASH diet - this stands for Dietary Approaches to Stop Hypertension and consists of a diet which cuts down on sodium intake and includes fruits, vegetables, lean protein and healthy fats.

Weight lost goals should always be individualized and aimed at long term results.

I've been using St.Ives Products for more than 10 years and I love them. Try the new medicated apricot face wash.

Medical Term of The Day

Essential (primary) hypertension - a chronic condition characterized by an increase in blood pressure which is generally 140/90 and above and is not caused by another condition. Left untreated it can lead to many complications.

View my complete profile
Join my community!
Grab this Widget by Wowzio